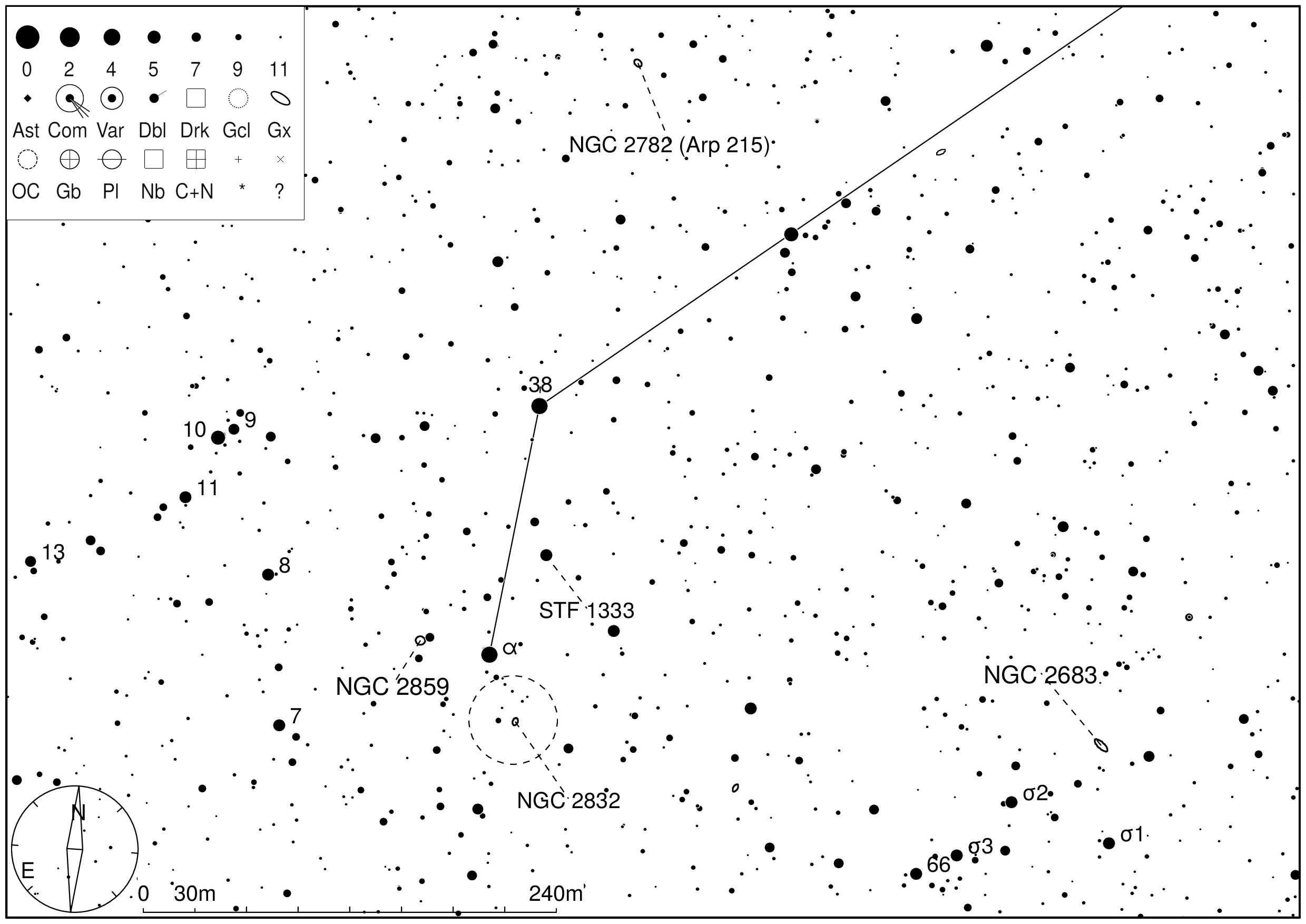 The constellation Lynx is quite inconspicuous and was introduced by the Polish astronomer Johannes Hevelius (1611-1687) to close the gap between Gemini and Ursa Major. Only the brightest star, alpha Lyncis (3.1 mag), received a designation with a Greek letter. The other, brighter stars got Flamsteed numbers. It is also interesting that at the time of the Flamsteed assignment the constellation boundaries were not yet exactly defined. This happened in the early 20th century by the International Astronomical Union (IAU), which assigned the astronomer Eugène Delportes. Due to this circumstance, today stars like 10 Ursa Majoris are located in the constellation Lynx, while 41 Lyncis is found in Ursa Major. Such examples can also be found in other constellations.

As inconspicuous the constellation is, you will find a number of worthwhile objects like the galaxies NGC 2537 (Arp 6, Bear's Paw Galaxy) & IC 2233 or the planetary nebula Jones-Emberson 1 (PK164+31.1). Star clusters from the known catalogs on the other hand are not to be found. But Lynx offers many double and multiple stars. Very beautiful is the triple system 12 Lyncis (STF 948) in the northern part of the constellation. 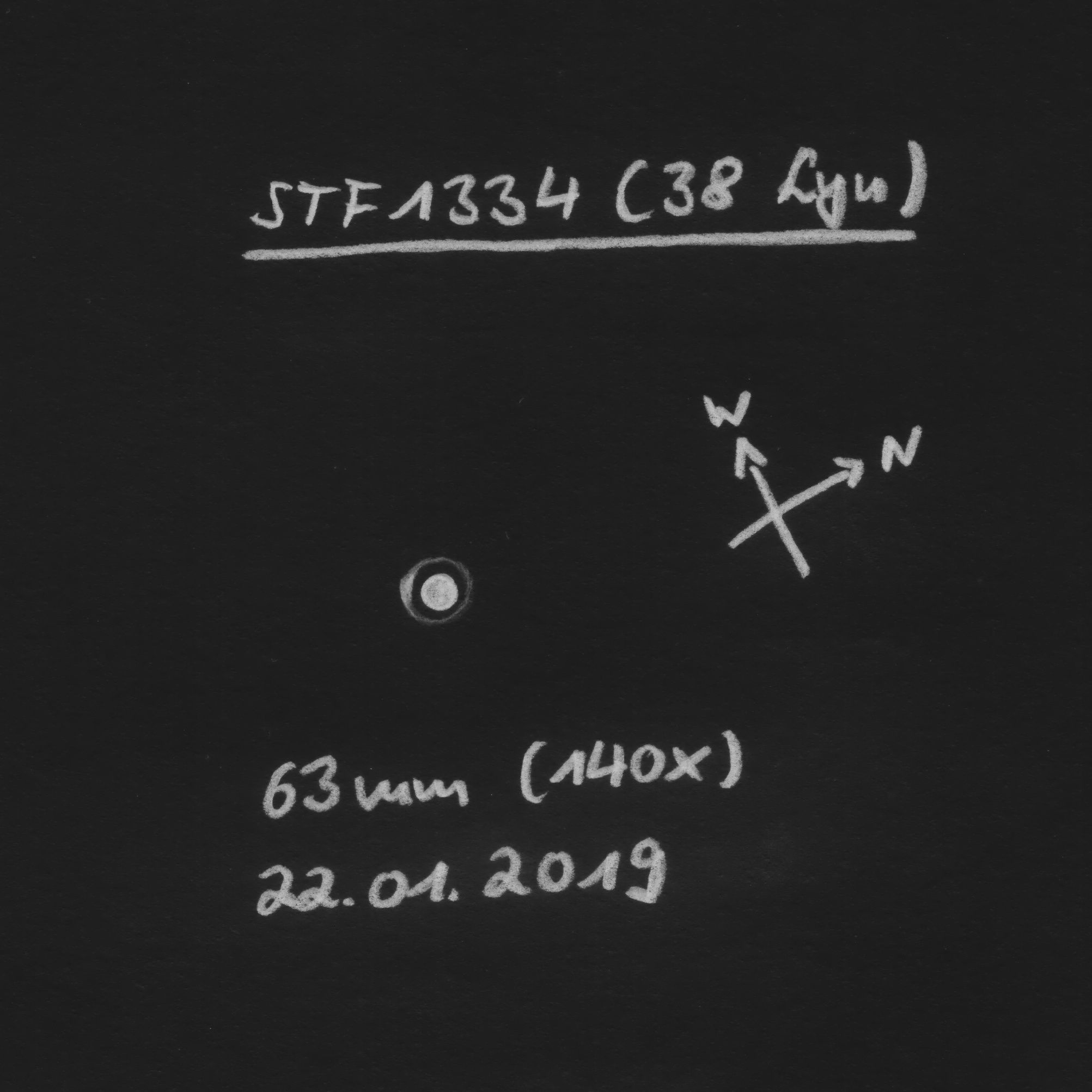 For our tour, we start in the south near alpha Lyncis, where two beautiful double stars can be found. 38 Lyncis (STF 1334) is a rather unequal pair (3.9 & 6.1 mag) with an angular distance of 2.5 arcseconds. A telescope with an aperture of about 60mm will show the fainter companion only as a brightening in the first diffraction ring of the primary component. But with an aperture of 100mm or larger, a clear separation is well feasible. High magnifications are required. The color is described as white, yellow or even orange.

Between alpha and 38 Lyncis is the double star STF 1333. The angular distance is with 1.9 arcseconds smaller, but the components are with 6.6 & 6.7 mag nearly equally bright, so a separation is possible with 60mm aperture at high magnification. The components are also perceived white or yellowish here. 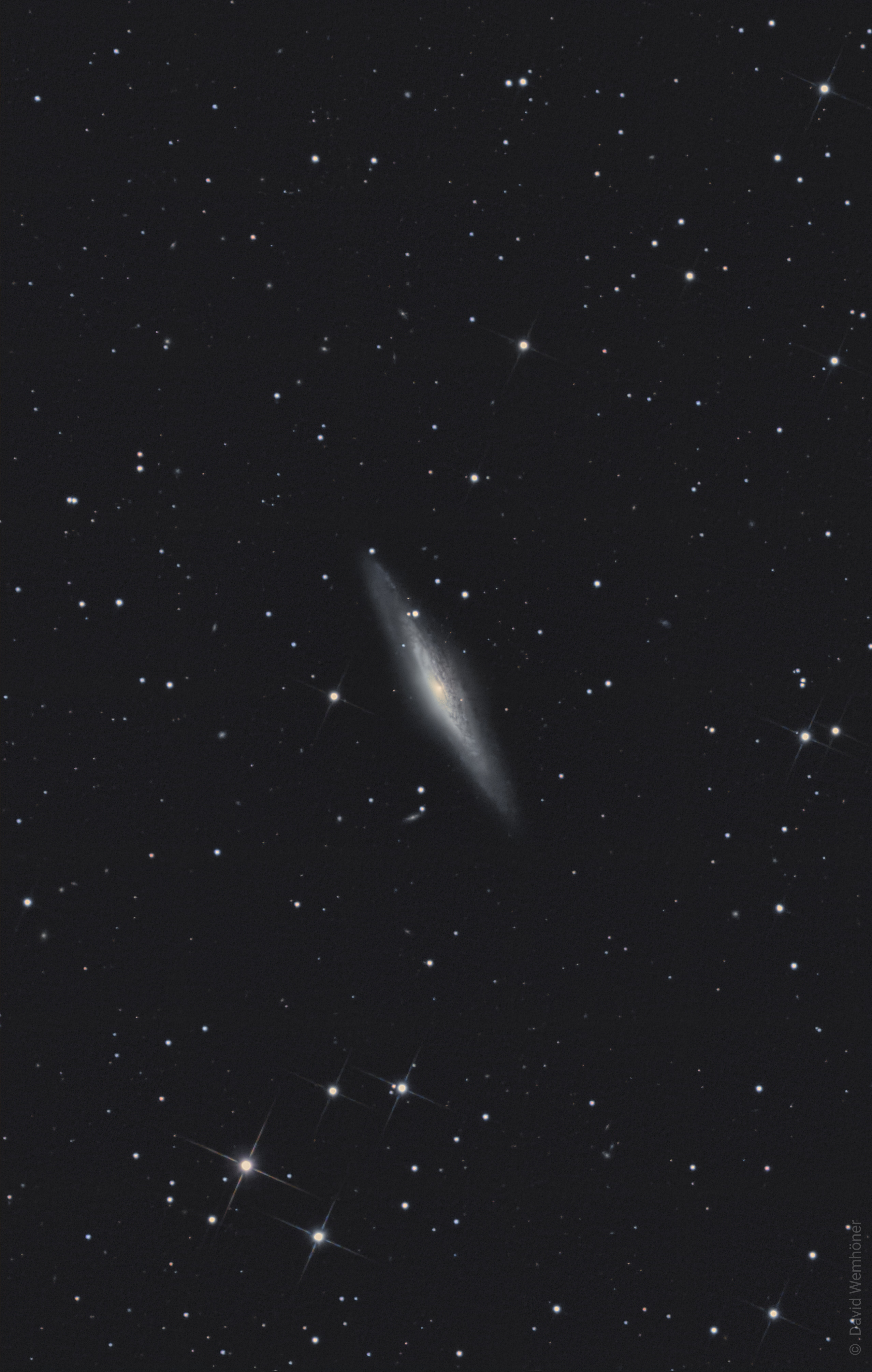 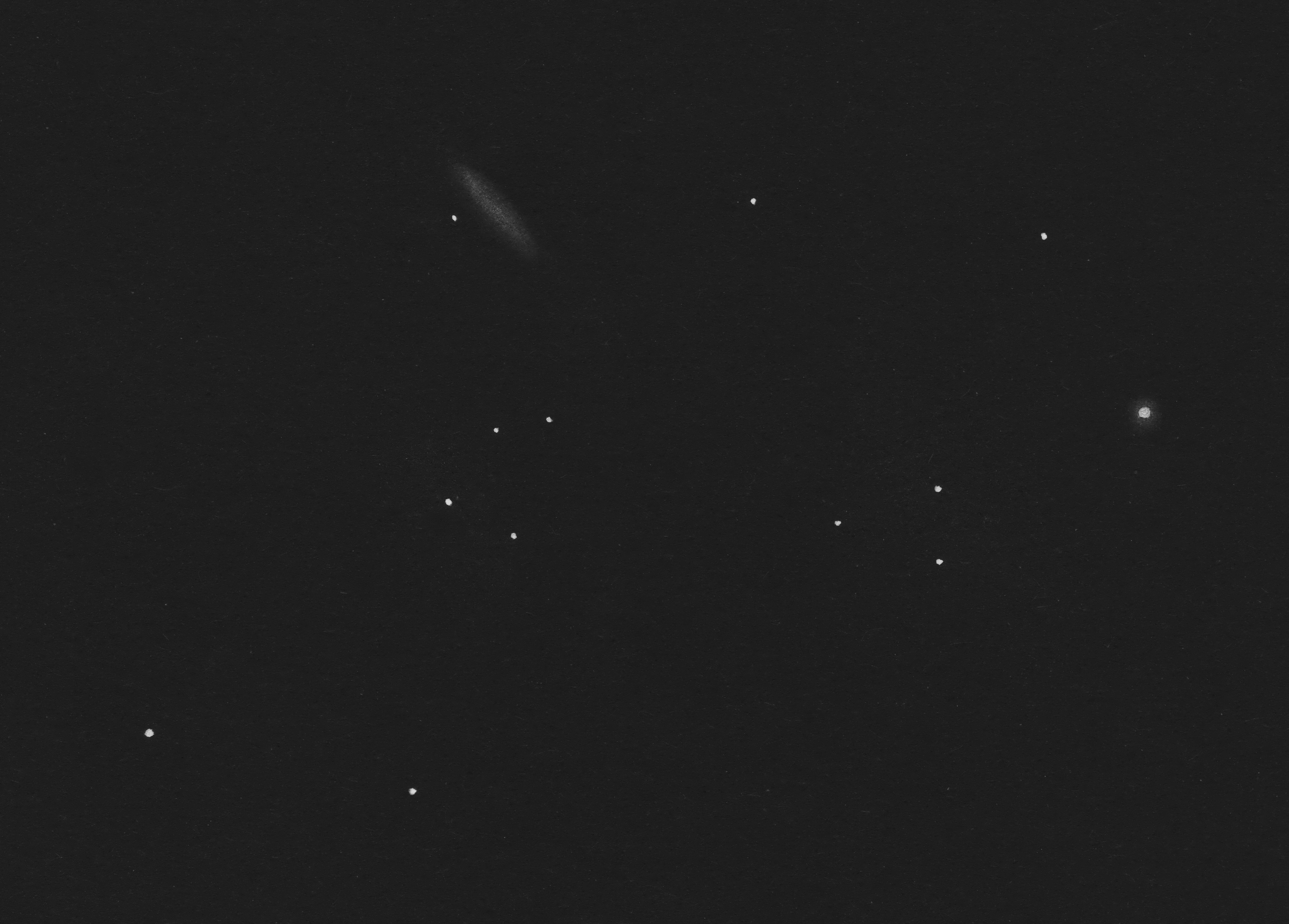 Further west the galaxy NGC 2683 presents itself nearly edge-on and with an apparent overall brightness of about 9.7 mag it is bright enough to be observed well in smaller telescopes under suburban conditions. Because of its appearance it is also called UFO galaxy. NGC 2683 is a Hubble type Sb spiral galaxy with an active galactic nucleus. Under rather urban conditions (Bortle 6) it can be observed well with 100mm aperture and appears elongated, but without significant brightness increase towards the center. Under dark rural skies (Bortle 3) it is also well observable with 18x70 binoculars and appears as a homogeneous, thin nebula. The galaxy is embedded in a nice star field and is also worthwhile for photographers.

North of alpha Lyncis we also find the much fainter galaxy NGC 2782 (Arp 215) with an apparent overall brightness of about 11.6 mag. The visual challenge here is the detection of the outer spiral arms. Especially to the east of the galaxy, a widely extending spiral arm can be seen in photographs. Under suburban skies (Bortle 6) the galaxy can be seen as a rather small, faint, slightly condensed nebula already with 152mm aperture at medium magnification with averted vision. At 320mm aperture under dark rural skies, the bright spiral arm east of the galaxy is also visible as a compact brightening, albeit very faint.