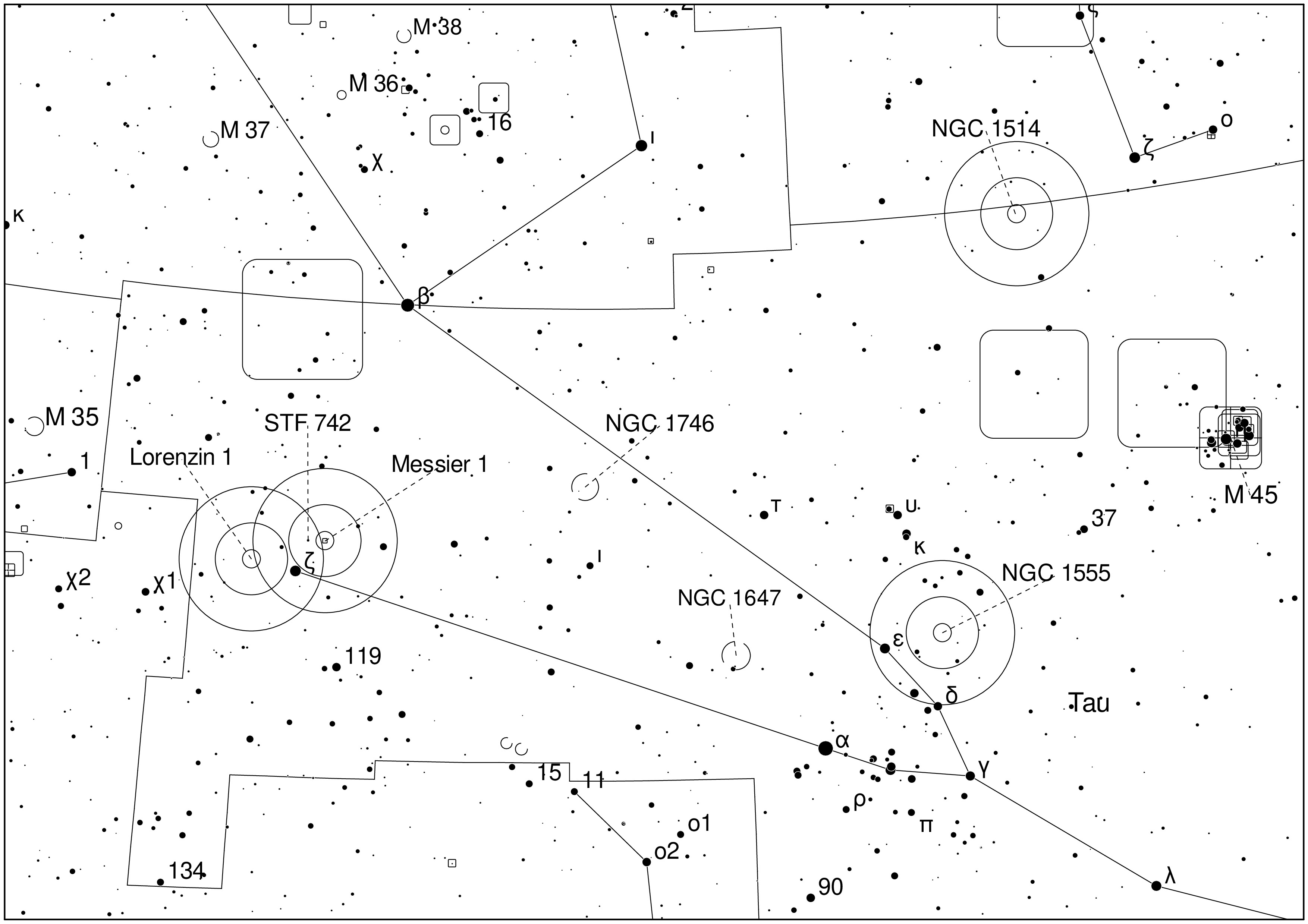 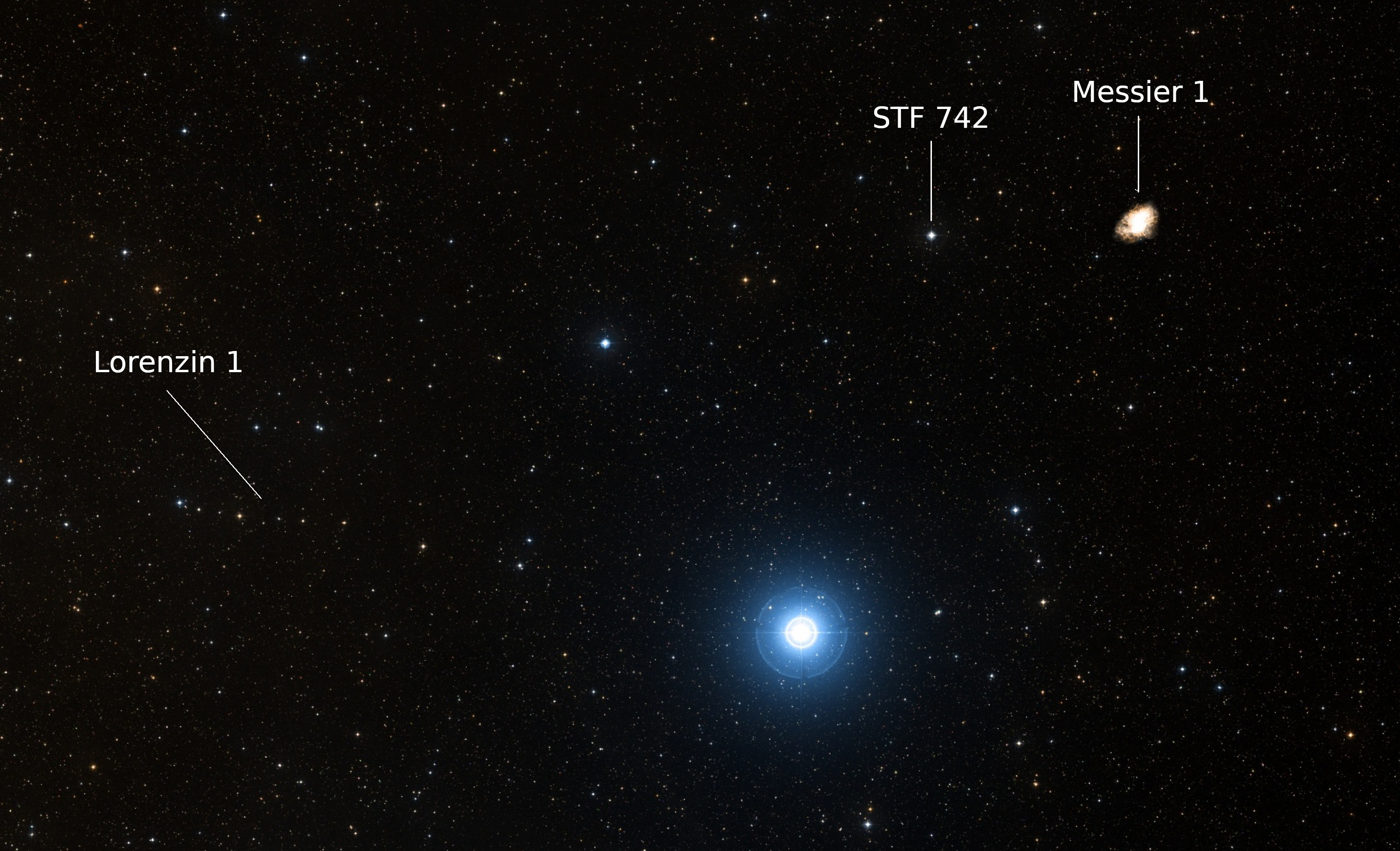 Taurus belongs to the oldest constellations and was already described in the astronomical work of Ptolemy. It belongs to the 12 signs of the zodiac. Due to the precession of the Earth's axis, the constellation and the zodiac have shifted by about 30° to each other. There are two mythologies around Taurus: In the 3rd millennium BC, the Sumerians referred to the constellation as a celestial bull, against which the legendary king Gilgamesh had to fight. According to Greek mythology, Zeus turned into a bull to abduct Agenor's daughter Europa to Crete. However, depending on the source, there are other interpretations.

Taurus is well known by the open clusters Hyades (Melotte 25) and Pleiades (Messier 45), which are an easy target for the naked eye already under brightened skies. The Hyades represent the head of the bull and appear V-shaped together with the main star Aldebaran, which is not part of the cluster. The Pleiades are often called the "seven sisters". Some members of the cluster have names of their own, which come from Greek mythology: Titan Atlas with his wife Pleione and their seven daughters, among others Alkyone, Elektra and Merope.

A very famous object is the Crab Nebula (Messier 1). It is the remnant of a supernova from the year 1054. The supernova was the second brightest object in the sky at the time of the explosion and could even be observed during the day. Today at least binoculars are needed to see a small nebula. In the telescope the Crab Nebula appears as an oval nebula with an irregular edge. With sufficient aperture details within the nebula can be seen. Due to the expansion of the nebula, structural changes can be detected photographically within a few years. Even though it is not one of the brightest Messier objects, it is still easily observable under suburban skies. A little more than 0.5° east you find the double star STF 742. The separation of the components (7m.1 & 7m.5) is currently about 4.2", so even very small telescopes are able to separate them. With appropriate magnification STF 742 and Messier 1 can be observed together.

East of zeta Tauri you can enjoy the extraordinary asterism Lorenzin 1, which is also lovingly called Spermatozoon. It is a chain of stars up to about 10m.0, a good 20' long. The brightest star in the east with 8m.4 marks the head of the spermatozoon, which forms a small triangle with two stars of about 11m.0. Under dark sky this star chain can be observed well with binoculars. 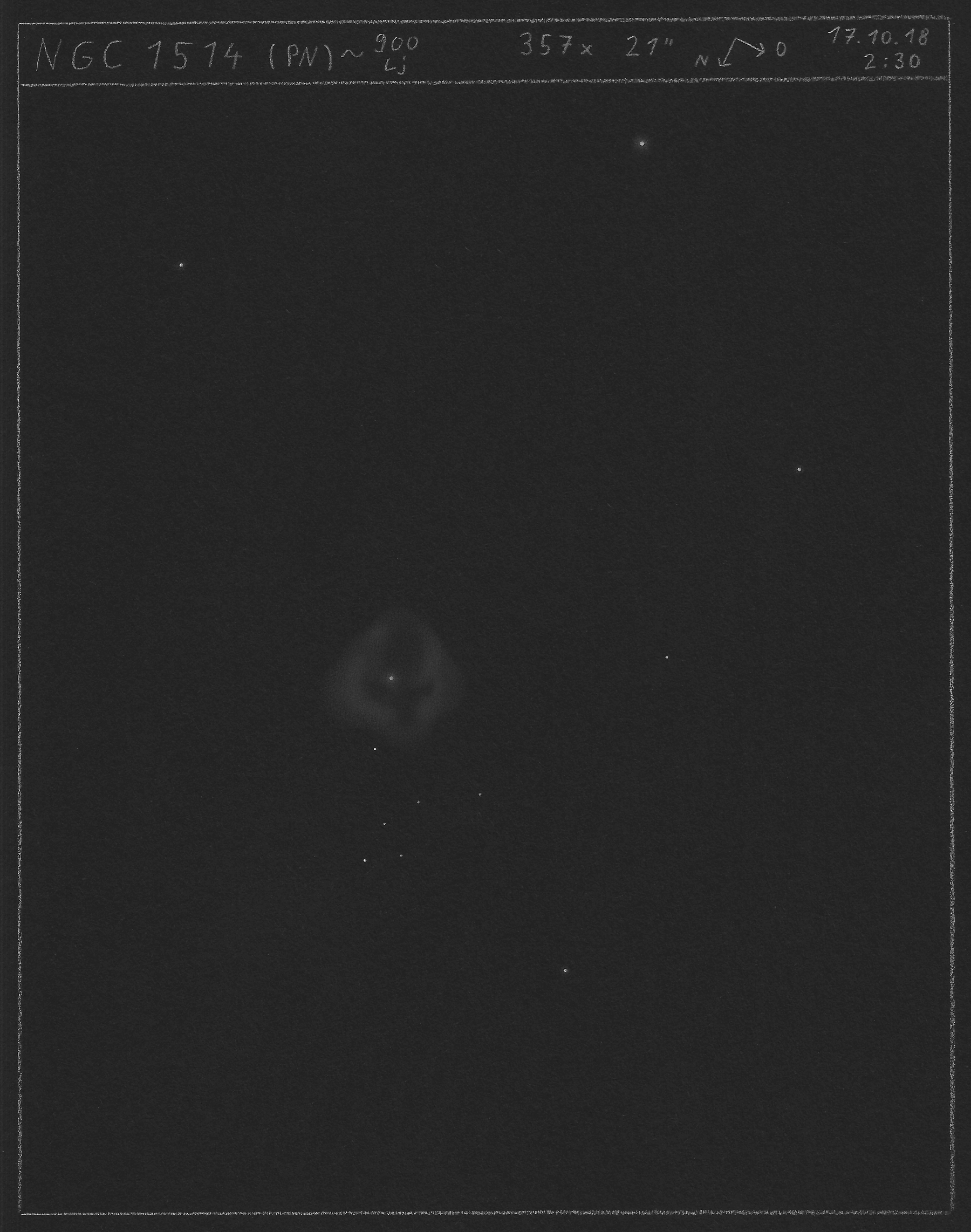 If you prefer to observe details in planetary nebulae, you should take a closer look at NGC 1514, which shows interesting structures in photographs. It is also known under the name "Crystal Ball Nebula". An 18x70 binocular will make the nebula appear as a "fuzzy star" under rural skies, with the central star being the first to be noticed at 9m.5. A telescope of 8 inch aperture already reveals the irregular shape. Nebula filters help with observation. With increasing aperture more and more details within the nebula become visible, as shown in the sketch of Mathias Sawo. 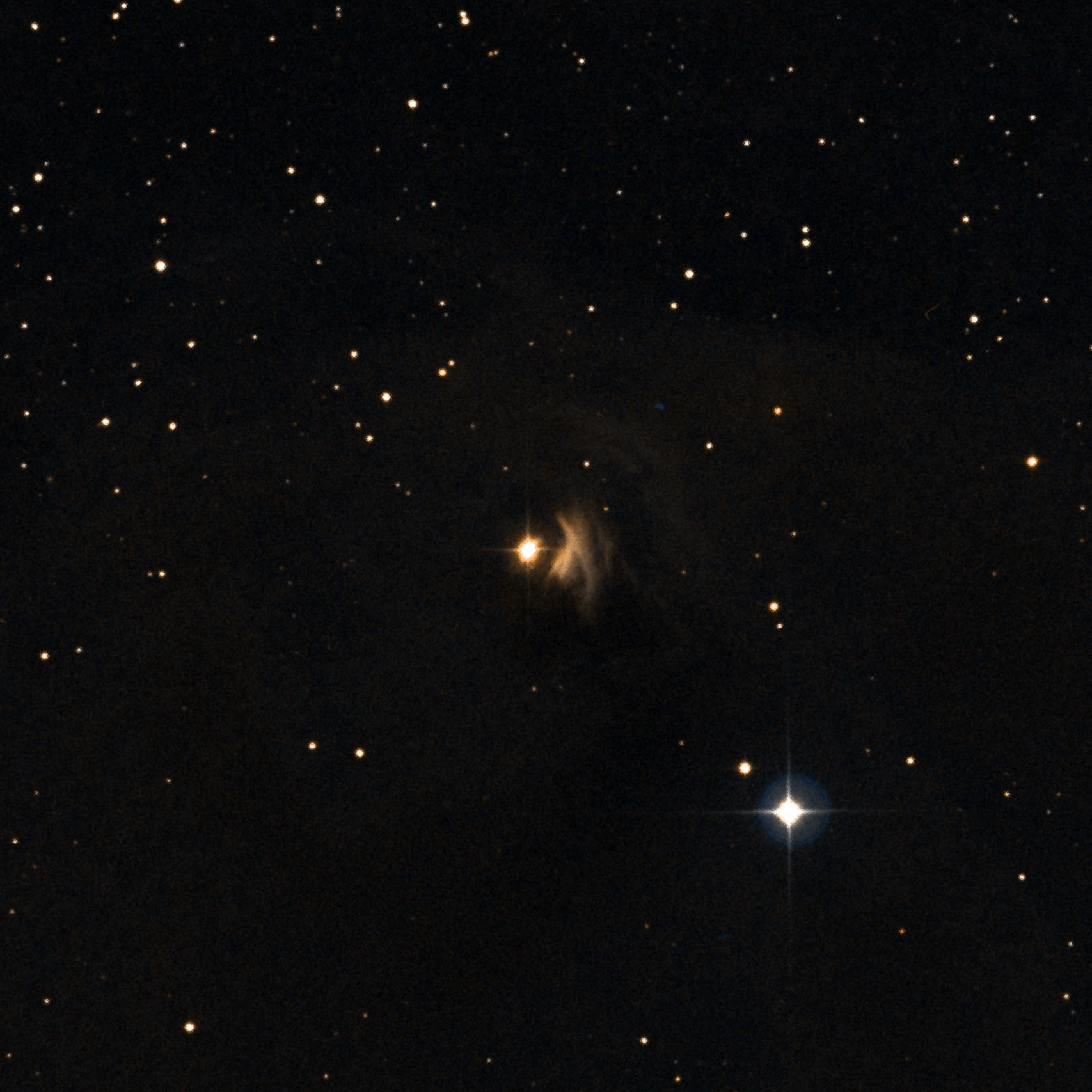 A challenge in terms of general visibility might be NGC 1555 (Hind's Variable Nebula) north of the Hyades. NGC 1555 is a Herbig-Haro object, named after George Herbig and Guillermo Haro. These small nebulae form with very young stars, when ejected gas of the star meets dust clouds. The lifetime of such objects is comparatively short, a few thousand years. Due to an irregular distribution of dust and different velocities of the ejected material, the shape and brightness of these nebulae sometimes change within a few years. This makes these objects photographically and visually interesting. In an observation report therefore the date of the observation should be included. Another Herbig-Haro object is e.g. Gyulbudaghian-Magakian 1-29 (GM1-29) in Cepheus, which was hardly observable for several years even with large aperture. In the years 2013 to 2015 the object was already visible with an aperture of 8 inch.