The constellation we visit this time is Sagitta, the Arrow, the third smallest constellation in the night sky. Despite the small size it is a quite remarkable constellation. The magnitudes of the 4 stars, which characterize the constellation, are between 3m.5 and 4m.4. The constellation is known since ancient times. A story tells about Prometheus, who brought fire to the people against the will of Zeus, the father of the gods. As punishment Prometheus was chained to a rock. Every day an eagle ate from his liver, which kept renewing itself. Only through the hero Hercules, also called Heracles, Prometheus was freed from his agony, when he killed the eagle with an arrow.

The best known object is probably the globular cluster Messier 71, which is located between the stars Delta and Gamma Sagittae. Compared to other globular clusters Messier 71 appears less condensed and more like a rich open cluster. Under suburban conditions, a small pair of binoculars will be sufficient. The globular cluster appears as a dull nebula. With an aperture of about 150mm individual stars become visible in the cluster. If you already have binoculars at hand, a look at the double star Web 12 is worthwhile. The two components with 8m.4 are not very bright, but the separation of currently 40.1" guarantees a split. According to measurements they are probably a physical pair.

Smaller and especially much fainter is the open cluster Harvard 20 (Collinder 408) south of Messier 71. The faint members of the cluster are loosely distributed. Under dark skies, a faint nebula can be seen in medium binoculars. Smaller telescopes show a slightly elongated shape with east-west orientation. Overall, the cluster looks like a random group of stars.

Another open cluster is Roslund 3. Many known clusters were discovered by observations, because they were visually conspicuous enough. In the course of photographic sky surveys and measurements other star clusters were discovered. This is also the case with Roslund 3, which is visually only moderately conspicuous. Depending on aperture and magnification just about a dozen stars are visible, which are loosely distributed. The cluster is interesting in interaction with its surroundings, which gave it the name “Snail Cluster”. West of the cluster a star chain runs from south to north, the snail. At the northern end of the star chain are the antennae of the snail. The cluster itself forms the snail shell. 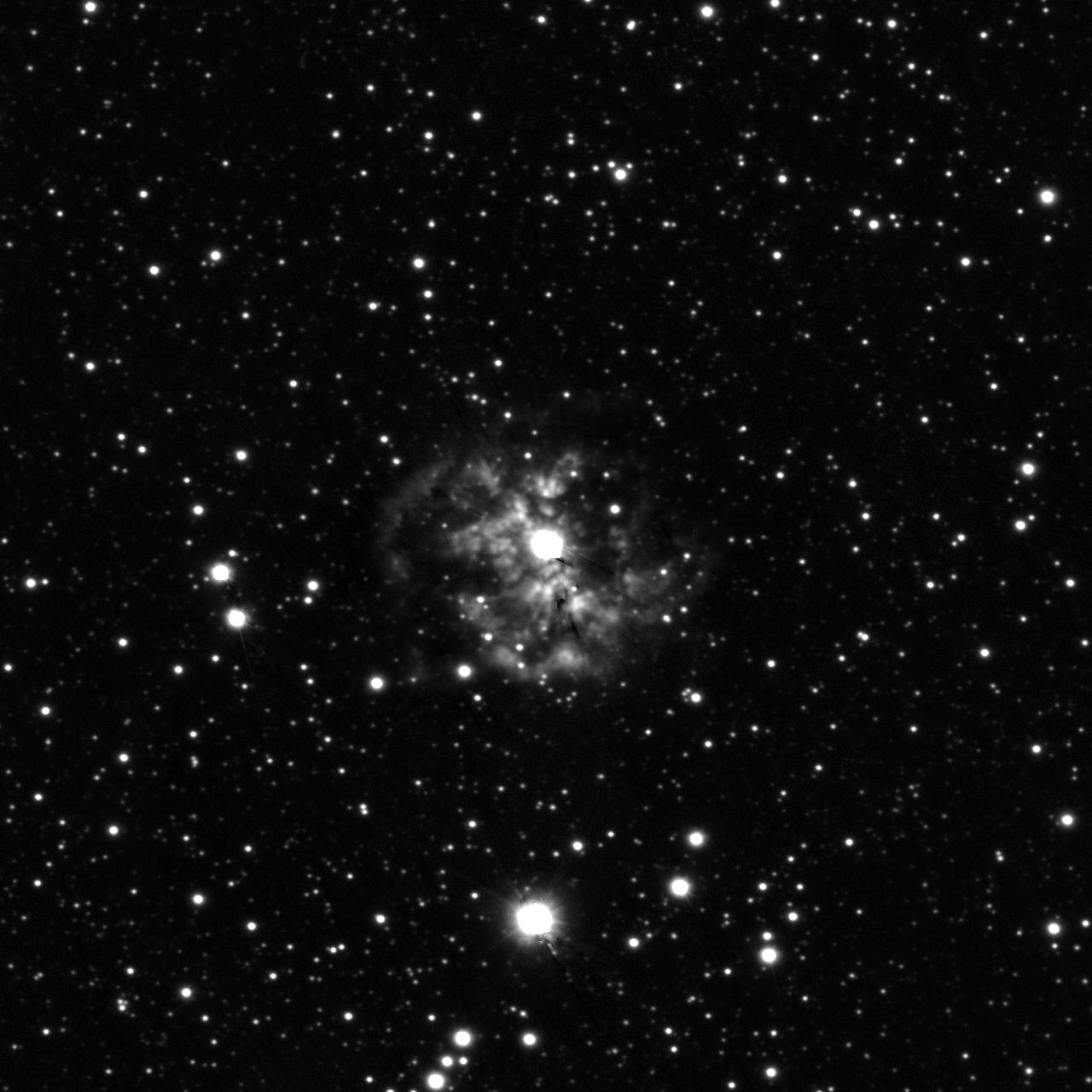 But the constellation also offers quite worthwhile nebulae. Besides the planetary nebulae NGC 6879 and NGC 6886 we find IC 4997 (Henize 2-464) near the border to Delphinus. All three planetary nebulae are very compact. Nebula filters or high magnifications are helpful to identify the nebulae. IC 4997 is a bipolar nebula with an angular size of about 2". On high resolution images the bipolar structure is well visible: Northeast and southwest of the 13m.9 bright central star two nebular lobes can be seen. At high magnifications the nebula looks like a blurry star. However, to capture the nebular lobes visually, very large telescopes and steady air are needed. Southwest of IC 4997 is a star with a brightness of 10m.0, which is helpful for observation.

Finally, we would like to point out the nebula Sh2-80 (Merril's Star Nebula), located in the western part of the constellation. Inside the nebula is the 11m.5 bright central star, a Wolf-Rayet star. These are very massive stars in a late stage of evolution which have ejected their outer gas envelope. In some cases the remaining gas envelope can be observed as a nebula. Especially nebula filters are often very helpful for observation. Dark sky and patience are basic requirements for a successful observation. We do not want to give any recommendation regarding aperture, because there are very different experiences according to various reports.